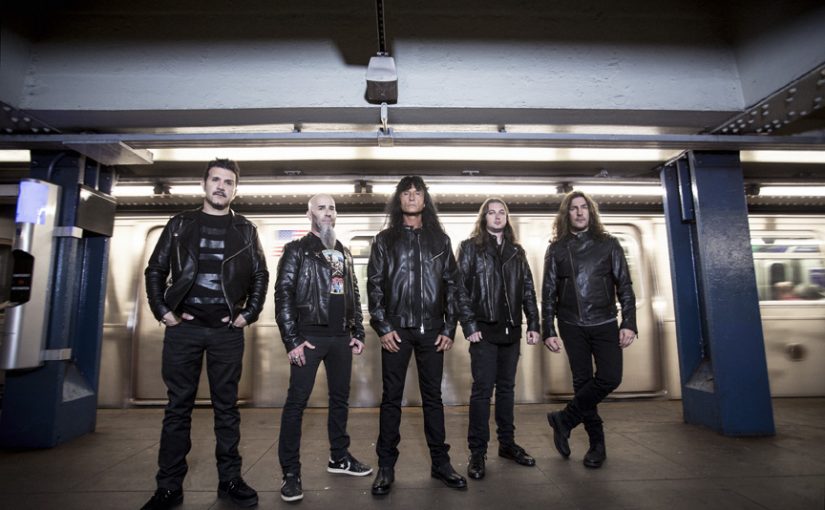 Legendary New York thrashers ANTHRAX this year celebrated their 35th anniversary and released their new album ‘For All Kings’ to widespread critical acclaim. In February 2017 the band will be back on UK soil for their first full UK headline tour in over a decade! These UK dates will see the band perform classic 1987 album ‘Among The Living’ in its entirety alongside fan favourites.
Scott Ian commented:
“Finally! We’ve been looking forward to headlining in the U.K. for so long!!! We have a killer set planned, new stuff, old faves, deep tracks and Among front to back. You’d better start getting in shape now for the epic wardance!
See you soon my friends.
Cheers,
Scott”

These special shows will mark 30 years of the iconic album, with support from up and coming British metallers The Raven Age.

Tickets go on sale this Friday 18th November at 10am.
Tickets will be available from myticket.co.uk/artists/anthrax Anthrax has sold in excess of 10-million units, received multiple Gold and Platinum certifications, six Grammy nominations and a host of other accolades from the media, industry and fans. In 1991, their music helped break down race and genre barriers when they collaborated with Public Enemy on “Bring The Noise.”  And, of course, along with Metallica, Slayer and Megadeth, Anthrax helped pioneer the thrash/metal genre as a member of The Big Four. 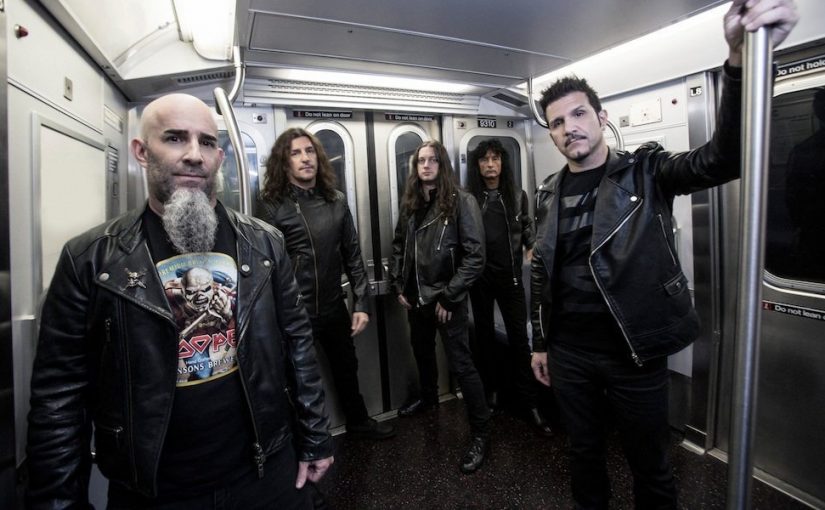 ANTHRAX has released the official video for ‘A Monster At The End‘, a song from the band’s latest album, ‘For All Kings‘. Watch it here:

The original concept was to have four still photographers placed strategically on a Florida set while the five members of ANTHRAX performed song ‘A Monster At The End‘ live. Each photographer would hold down his camera’s shutter button continuously for the near-four minute-long song, capturing a steady stream of hundreds of still images.

Hey, it might have been a great idea,” laughed video director Jack Bennett, “but holding down the shutter button on a still camera for that long a time? All we would have ended up with were four jammed cameras!”

Shooting the entire video with Super Sharp HD video still cameras, Bennett wanted an animated, staccato-feel to the flow of the individual images. “Video shutter speeds are faster and more reliable than anything we could have done manually, and we wanted as big a pool of still images to choose from as we could get.”

In post-production, Bennett went through the footage frame by frame and hand-picked the still images he wanted to animate — hundreds of them. Rather than print the video at 24 frames per second, he animated movement of the band members using the still images, creating a jagged, crude motion. “We didn’t want fluidity, we wanted the video to have more of a comic book feel to it, like flipbook animation.”

This also allowed Bennett to hang on the band members’ individual movements to accentuate the power of their playing, such as the strength in Charlie Benante’s drum hits, or Scott Ian’s strumming or Frank Bello‘s rhythm.

ANTHRAX‘s latest masterpiece “For All Kings” reached #4 in the Finnish charts, #5 in the German and #21 in the UK charts.