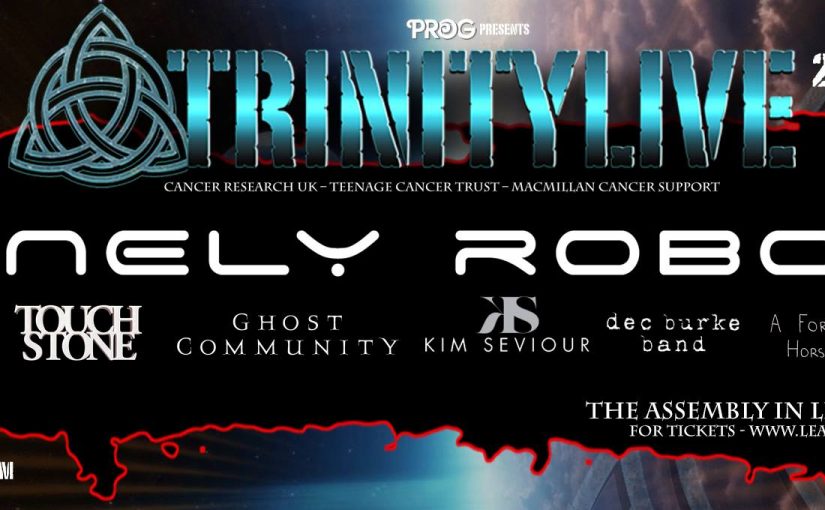 It is with great pride and excitement we announce that Trinity, in association with Prog Magazine, is back with a bang on Saturday 27th May 2017. Held at The Assembly in Leamington Spa, the line-up will include Lonely Robot, Touchstone and Ghost Community during the evening, with afternoon performances by A Formal Horse, Kim Seviour and the Dec Burke Band. There will also be a charity rock auction and raffle, which already has some incredible items donated from the very generous stars of the prog music world.

The prog music community has a history of supporting their own, as shown by the recent over-bringing people together to help out others less fortunate than themselves. The first Trinity, which took place back in 2014, enabled the organisers to donate over £9,000 to the three charities and the organisers are looking to beat that figure this year.

As Jerry Ewing, editor of Prog Magazine (and promoter of Trinity) says: “This is a terrific evening for a very good cause. Not only will it hopefully raise a huge amount for the three cancer charities, but it’s a spectacular bill as well, from top to bottom. There isn’t one band I’m not really looking forward to seeing and I’m already hard at work curating my DJ set for the after-show. Prog is proud to support Trinity 2, and I hope to see as many of you down there as possible.”

Tickets for Trinity Live are available from www.leamingtonassembly.com