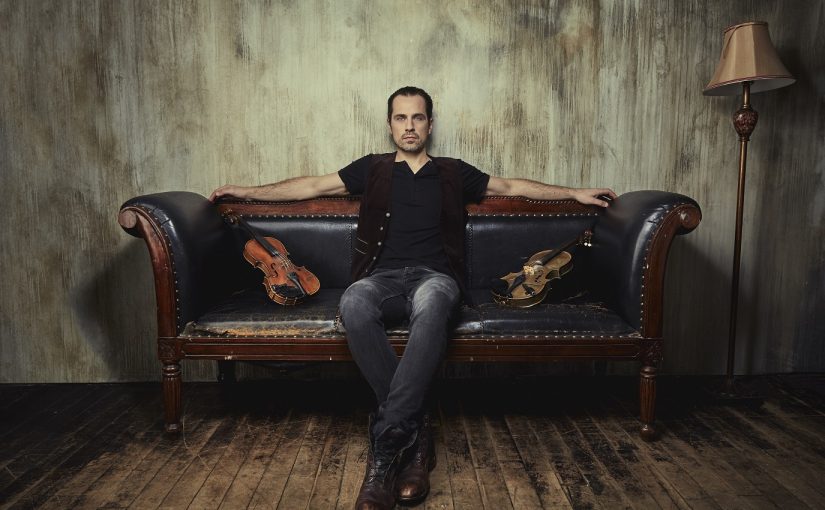 Karrnnel, one of Canada’s most innovative fiddlers, and member of JUNO-winning instrumental band The Fretless, is proud to announce the independent release of his double album on September 13th. Featuring his unique sound, including a copper fiddle with pedal effects, ‘Crazy Old Man’ and ‘SKMB’ have 18 tracks that Karrnnel has been crafting since his 2009 debut release. Although he has been a multi-award winning professional musician since age four and has composed over 300 instrumental pieces, the upcoming releases represent two firsts: vocal tracks (with him singing) and original lyrics. He’ll present this new work to audiences with tours across Canada, the US and Europe.

The albums were recorded with engineer Don Benedictson and producer Murray Pulver in Roseisle, MB at Unity Gain Productions and in Toronto at Revolution Recording. ‘Crazy Old Man’ – a solo album inspired by bands/artists such as Snarky Puppy, Natalie McMaster, Wade Ward, and Bruce Molsky. The album incorporates experimentation with the use of the copper fiddle, the copper fiddle with two octave strings, and pedal effects. And of course, Karrnnel’s vocals for the first time. All of the instrumental tracks were recorded live off the floor with the full band: Karnnell (fiddle), Nate Douglas (acoustic guitar), Joey Landreth (electric guitar), Don Benedictson (bass), Daniel Roy (drums), and a three piece horn section.

“The vision was to create a massive project that translates into a massive show. Bigband. Big sound. Life is a journey and this is mine. Enjoy yours.” – Karrnnel