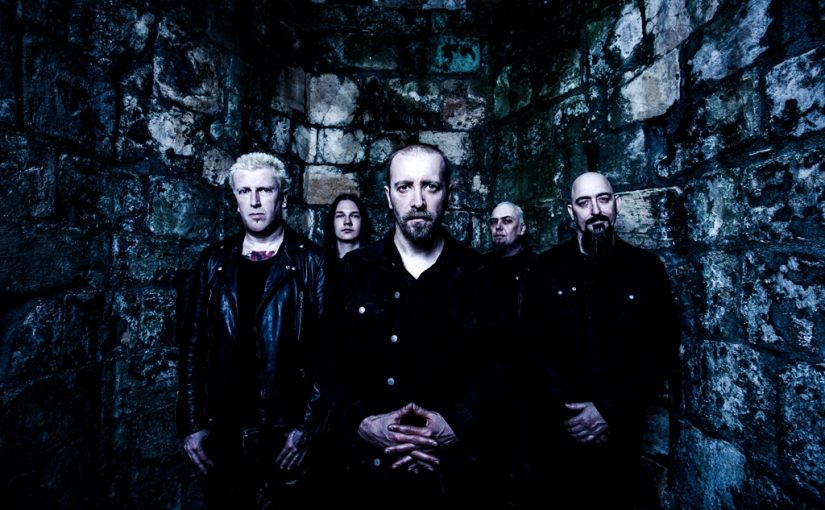 On March 16th, Britain’s cult metallers Paradise Lost will release a remastered version of their legendary seventh studio album, ‘Host’ and a first-ever pressing of the songs on vinyl. Originally released in 1999, ‘Host’ earned Paradise Lost their reputation as West Yorkshire’s musical chameleon, as it saw the band moving further away from their previous death metal roots to a melancholic and catchier electropop sound.

Singer Nick Holmes comments: “With the ‘Host’ album we wanted to take the ‘One Second’ concept further and make a very dark album with even more subtlety. It was a bold leap from all our previous albums, a leap too far some would say, but for me, the new remastered version really shows it’s still one of the band’s strongest albums in terms of song writing, atmosphere and sheer misery.”

The album will be available as digipack and in three different vinyl colours (black, clear and mint) for the first time ever. Pre-order started yesterday, you can get your copy here:

Pre-order digitally and receive ‘So Much Is Lost’ instantly, here: https://smarturl.it/HostRemastered

The band’s latest doom metal monster ‘Medusa’ is now in stores and has been featured in a number of end of year lists for 2017 in the likes of Metal Hammer, Decibel and Rock Hard Italy.