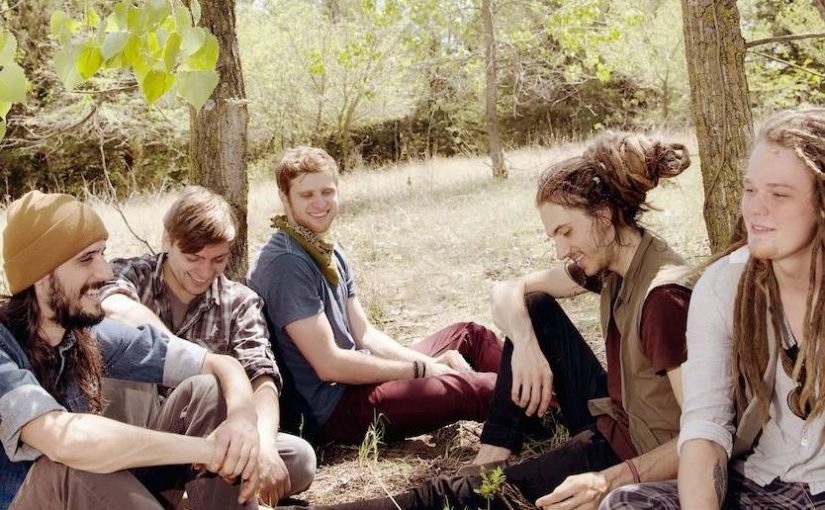 They’ve been spreading a particularly infectious brand of joy on their travels across the USA with a camaraderie that’s rare and joie de vivre that is simply inspirational.

Voted Chicago’s best Emerging Artist in 2014, the band captivates audiences with a lively stage show that lifts the spirits…and has created quite a buzz with unplugged, off-stage encores and propensity for performing self-titled, “rest-stomps” – free acoustic sets at rest & truck stops along their tour routes.

There is an overwhelming feeling of generosity that is driven by lashings of youthful love-of-life zest that’s bursting with sincerity. Watch the faces of those heading home at the end of the show and what you will find is a sea of smiles

Playing, performing and writing together for just four years, The Way Down Wanderers have built an enthusiastic and fast-growing following and were finalists in the 2015 International Song-writing Competition.

In the States, they have important sections of the media on their side and have been winning compliments such as “enchanting”, “uplifting,” “vibrant,” “luxuriant,”, “exquisite,” “barn-burning” and “sparkling.”

The band first threw down the gauntlet and created an impressive early impact when they delivered two EPs – “Path to Follow” and the ‘live’ offering, “Wellspring.”

The first full-length album, produced by Mike Marsh of the Avett Brothers and recorded at Sonic Ranch in El Paso, which got its Stateside release in mid-2016, was said my many commentators to be their highlight of the year – both in American and Europe too.

When they played showcases in Nashville that entire tough-to-please town went totally gaga with delight.

One reviewer concluded they were “set to take the world by storm” – and that’s precisely what we’ve been thinking too.

One of those to catch them in action showcasing was the BBC’s Ricky Ross, himself, of course a successful musician and composer and when he learned they were coming over to the UK, he invited them into the studio to record a live session for his popular Another Country radio show. That will be the first event on this agenda after they fly in.

Other prominent figures in the UK media have been singing their praises.

“They grabbed me from the first track,” said Spencer Leigh, when he reviewed their album for Country Music People. Writing for Acoustic magazine, Paul Strange told readers they could look forward to hearing “something different.”

“A talented bunch – a band to watch,” said Peter Churchill at AmericanaUK, while Mike Morrison at American Roots UK said they were “a welcome breath of fresh air in roots music,” adding: “a young band that could well be destined for great things.”