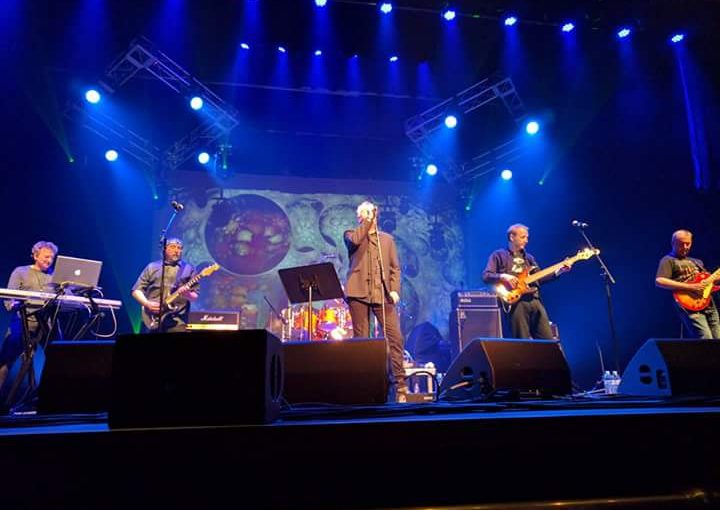 Scottish progressive stalwarts Comedy of Errors followed up 2015’s ‘Spirit’ with new release ‘House Of The Mind’. I was a big fan of ‘Spirit’ so was really looking forward to this latest chapter in their musical history.

I love it when a band just seems to get better and better, maturing with every new record they produce and not treading water, resting on their laurels and past glories. Comedy of Errors follow this mantra perfectly, every time they release a new album it has progressed (see what I did there?) from the previous records and added something more to their varied portfolio.

The new album opens with Tachyon, a song that majors more on the electronic side of music and has a superb beat and melody. The vocals are subtle and subdued and work perfectly with the energy and insistence of the synthesiser and rhythm section with the drums being particularly impressive. it gives a whole nostalgic 80’s feel to the track and is a great opening to the record.

The second, and title, track is the first of two longer tracks on the release. House Of The Mind has everything you’d expect from an epic track, an inventive and evocative introduction sets the scene for a well constructed piece of music that takes the listener on an involving musical journey. The song draws you in with its understated keyboards and measured drums and bass and you find yourself waiting on every note. Again the vocals just add to the atmosphere without having to be the focus of attention. Comedy of Errors have perfected their sound to such a position where you know it is them from the first note, influences are clear but the band make their own statement with great songs like this.

A Moment’s Peace is exactly as it sounds, a song that transports you to a place of calm serenity with an elegant acoustic guitar being the superb focus of what is an utterly ethereal piece of music. Wistful and understated in equal measure, it is an instrumental that you can tell has been lovingly created. There’s a nostalgic, thoughtful atmosphere that pervades every note, it truly is a delightful track. There’s a troubadour, medieval feel to One Fine Day, a song that, perhaps, does land itself right in the middle of Neo-prog territory and it’s all the better for it. Running at just under three minutes it’s not a long track at all but certainly makes its presence felt with a great piece of guitar work and some grand sounding vocals.

The last new track on the album is the rather extravagant sounding Song Of Wandering Jacomus and is the second ‘epic’ on the album. It’s a fantastic song and one where the band’s exemplary songwriting skills really come to the fore. Epic by name, epic by nature, it gives the music fan everything they need from a track of this nature. The extended introduction is really quite profound and sets the scene perfectly before there’s a lull in proceedings and the tension is ramped up. There’s a fantasy feel to the song, a whimsical, playful lightheartedness that gives it a real feel-good aura. The vocals are refined and the music is sublime and yet, at times, has real substance, especially on the extended guitar break that just leaves you smiling. It’s a track you will return to again and again.

The last track is a re-arranged and recorded version of Ever Be The Prize, the first ever Comedy of Errors recording as a demo in 1985 and it really makes the hairs stand up on the back of your neck as you are transported back to that decade where Neo-prog was born and first flourished. Keyboard heavy with some powerful guitars and a great drum sound, it has dated very well and the new arrangement has given it anew lease of life. It is actually good to able to compare the early song with the latest to see how the band have matured and developed over the years.

‘House Of The Mind’ sees Comedy of Errors on top form once again. A talented set of songwriters and highly accomplished musicians, they infuse every song with verve and flair to give us another superb album that will be on many Best of 2017 lists. I can’t wait to see them live at A Prog Before Christmas in December.

Buy ‘House Of The Mind’ direct from the band here