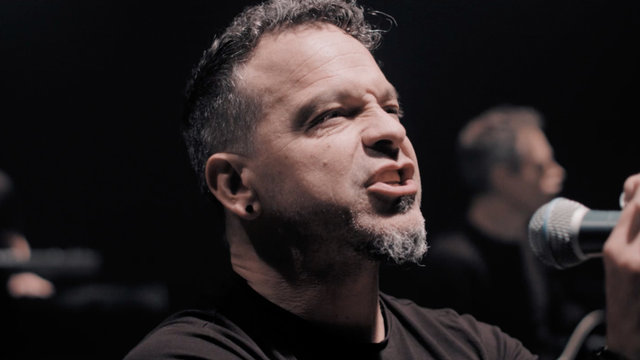 UK progressive metal quintet THRESHOLD are set to release their colossal double album Legends Of The Shires on September 8th via Nuclear Blast. In anticipation of the new release, the band are proud to announce the premiere of their stunning new video for ‘Small Dark Lines’. The video was directed by Sitcom Soldiers LTD, who developed a powerful narrative involving people from varying backgrounds marking their bodies with paint to symbolise their regrets in life. Water then cascades over them to wash away the lines, as if wiping the slate clean. Watch the band’s second offering from their much anticipated forthcoming album, here:

Speaking about the track and video, Karl Groom commented:  “The people at Sitcom Soldiers have created just the right atmosphere in our new video clip and it was an enjoyable experience to film for the band. We managed to find some excellent extras and tortured them with freezing showers in the clip, with some travelling as far as Sweden for the pleasure! It is great to have Glynn back in the band with Small Dark Lines showcasing all his power and versatility. This single should give people another glimpse into the double album Legends of the Shires and an idea of what is to come on release day 8 September 2017.”

Legends Of The Shires is available to pre-order on a variety of formats: