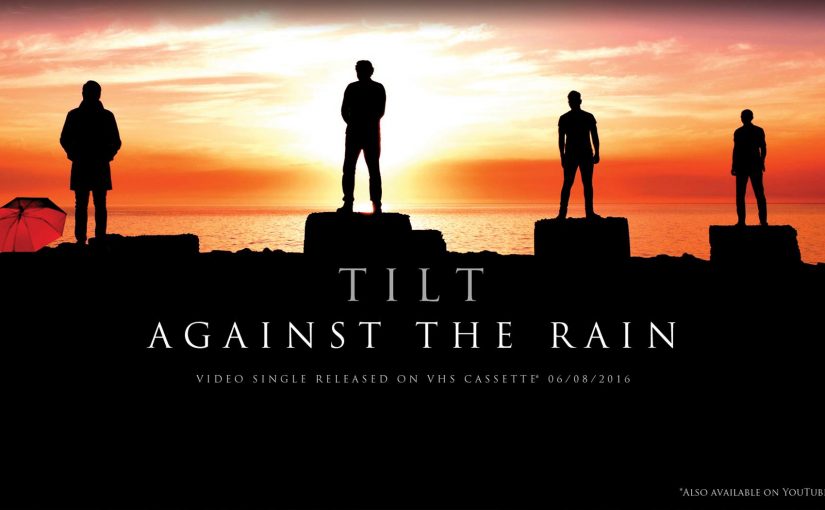 After the success of the release of their debut album ‘Hinterland’, British proggers TILT have released a distinctly 80’s themed video for the single Against The Rain.

Of this tongue-in-cheek tribute to the early days of MTV, guitarist and keyboard player Steve Vantsis said:

“We decided to have a bit of fun with our video for Against the Rain. Everything is a bit depressing at the moment and music videos for our genre tend to take themselves a bit too seriously. So we spent a great couple of days in Scotland where – of course – the weather was completely different on day one and day two. But it suited our brief for the video, it was like the universe helpfully providing the production for us!

We wanted to do an MTV homage so we needed lots of sunsets, full moons, rain, moody walking that kind of thing and incredibly we got it all to tape in less than 48 hours! The video also features Tara Nowy, daughter of Fish recreating her mothers role in the classic Marillion video Kayleigh.

Tara was a great sport and we had a great time filming. in the end we did a 4:3 cut with VHS tape effects, etc. to fully capture the 80s feel . We have a full 4K HD widescreen version too that we will release at some point.”

‘Hinterland’ has garnered some fine praise since it’s release at the end of June and, when asked what the future held for TILT STeve went on to say:

“We hope the video will attract more people into our world as the ‘Hinterland’ album has already gathered a great reaction and great reviews so far. And as we prepare to get organised for gigs later in the year we needed something to keep the momentum going. We also hope to do more videos too in the future if this one is well received.”