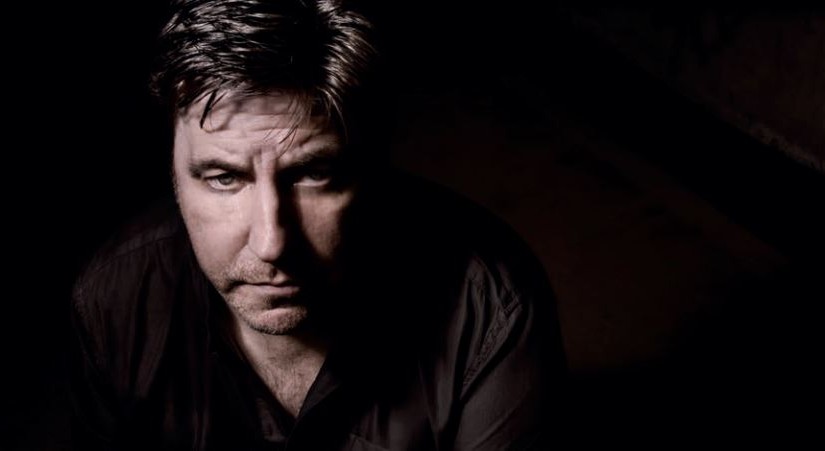 Those words are taken from the Eagles’ track Life in the Fast Lane, particularly poignant due to the untimely recent death of Glen Frey, one of the original songwriters.

I was only saying to a friend the other day that January had literally flown by and that life in general was moving way too fast, the years seemingly flashing past in the blink of an eye.

We don’t take enough time to just relax and chill nowadays. It is almost illegal to just take time to yourself and enjoy the moment rather than be rushing around filling that time with something that appears to be important (and quite possibly isn’t).

Perhaps the late Sir Terry Pratchett put it best when he said, “This isn’t life in the fast lane, it’s life in the oncoming traffic.”

So, what can you do to move out of that ‘fast lane’ ? For me, my own retreat away from the rigors and, sometimes, horrors of modern life is music. Music can whisk me away to another place, a place of calm solitude where I can reflect on things and see life slow down to a much more manageable pace.

Don’t get me wrong, when I’m hitting the gym I want something fast paced and upbeat but, when I’m at home and in a reflective mood, I want something that will match that state of mind, preferably with a glass of something old and red and alcoholic to complement it……

I am here today to let you know if Tony Patterson’s latest solo effort, ‘Equations of Meaning’ fits the bill as an accompaniment to that contemplative atmosphere. Tony Patterson is a solo artist/musician from the North East of England. Probably best known as the singer with the UK Genesis tribute act ReGenesis, he has also recorded four previous solo albums as well as working for TV and short film.

His most recent work, ‘Northlands’, is a collaboration with fellow North-East musician Brendan Eyre (Riversea) and features guests including Steve Hackett and Nick Magnus.

I reviewed ‘Northlands’ and had this to say about this sublime release, “A totally bewitching musical experience that transports you to another place, Northlands has touched my soul in such a way that I will never be the same again.

I am left with a feeling of solemnity and grace, as if I am in a place where all is well with the world and I can come to no harm.”

The first thing that grabs you about ‘Equations of Meaning’ is the superb artwork and photography, also a highlight of ‘Northlands’. This comes as no surprise as both were done by the talented Howard White and is featured throughout this review. I’ve often stated in the past that I am a sucker for excellent album art and this is no let-down. The album opens with the elegant instrumental track Ghosts. A quite delightful piece of music that leaves you in mind of elysian fields with the gentle acoustic guitar and ethereal keyboards. A really pensive guitar note then takes up the reins, thoughtful, intent and precise as it dances across your mind. A really meditative opening to the record.

‘All alone, chilled to the bone

Still your warmth flows through me

All around, beckoning sound

Though your ears can’t hear me…’

Nick Magnus adds his programming skills to The Magdalene Fields, a track that opens with a really delicate introduction before Tony’s gentle vocal takes centre stage. A song that seems to meander along, there is no fast lane in operation here, time is taken to relax and the ghostly aura puts you in a state of grace. The heavenly chorus is quite sublime in its subtle delivery. My mind is an open book and is waiting for these celestial notes to leave their imprint, totally at ease. Fred Arlington’s sax is an utter delight, velvety smooth and relaxing.

‘Young Billy takes his life and he throws it

For a silly dream he has that would

Each Day a Colour (A Dreamer’s Dream) sees Magnus take on occasional keyboard duties alongside Patterson and is another exquisite track. The opening section is dreamlike and graceful before an acoustic guitar lifts the musing aura and the vocals smoothly segue in and give a jaunty air to proceedings. There is a soothing and reassuring tone to Tony’s voice that gives it a really hypnotic air. Nick Magnus then delivers a superb slow burning, passionate guitar solo that is mesmeric and calmative at the same time, a real piece of magic to end the track with.

‘Ship sets out for sail today

Cast away, Cast away

Waking Dawn will show the way

Cast Away may be short but it is exceedingly sweet and gossamer like in its delivery. The tender guitar and haunting vocals give an almost surreal ambience, tranquil and soothing. It has a real calming effect, my heart rate dropping considerably. listen to this with headphones on and you will lose yourself in its benign embrace. The Angel and The Dreamer

This track is a more intricate instrumental with vocal embellishments provided by the luscious voice of Siobhan Magnus in addition to Tony Patterson. The first part, Vision, is full of eastern promise and a brooding longing hidden in the background, quite earnest in its delivery as the vocals are used as another instrument adding layers of intensity. Journey sees a return to the creamy, polished feel of the earlier tracks, Fred Arlington returning to lay down some jazzy horn to the track as it becomes effortlessly cool. Doug Melbourne adds the class of a the mopho synth as we move towards Reprise and a return the mysterious east.

‘Look to the sky

I’m not feeling this ground

See all the world

The intro to Beneath a Perfect Sky builds up steadily, becoming a methodical, repetitive backdrop to Tony’s melancholy vocal. The measured delivery of this track is extremely reassuring and relaxing as it washes over your psyche in its metronomic style. A beautiful lilting piano and choral voices leave you in blissful repose as this restrained piece of music continues to soothe your soul, the wonderful horn playing of Fred Arlington that closes out the song is just the icing on the metaphorical cake.

‘I saw your picture on your wall

Sent you a message, did you read it at all?

Just let me tell you, I like your style

Give me your attention, let me

stay for a while…’

I heard a clip of Sycophant when Tony put a teaser video up and, knowing he is a big fan, I asked him if it was his homage to James Bond, I’m sure John Barry would give a knowing nod as the introduction begins. It really is classy as the strings begin before it heads off in a more funky direction with the edgy keyboards. Tony delivers the vocals in his slick style and they really make this track the epitome of cool. The repeated use of the string and keyboard motif just adds to the feeling that you are in the middle of an EON Productions movie. Andy Gray’s fiery and yet cultured guitar solo adds another sheen of gloss to what is a rather excellent song and one that has one foot firmly in the mainstream. An homage to Bond? I’d like to think so and a song that could grace any of the movies.

And When the Sky Was Opened is another transcendental instrumental track that has a whimsical, almost insubstantial feel to it as it ghosts its way across your aural synapses, a musical Amuse-bouche perhaps. ‘There’s a fire that burns within my soul

And it drives me on towards my goal

There’s a burning fire that’s in my eyes

There’s a place that I don’t recognise…’

The rarefied air returns with Pilgrim, another urbane and congenial track that flows gently across the airwaves. Tony’s vocal is a bit more insistent but it reined back by the calming feel of the piano and keyboards. Fred Arlington’s horn makes a welcome return, just adding to the unhurried repose that this song engenders. Lay back, relax and let the harmonious charms of Fred’s sax free your mind and your soul.

Tony’s long time writing partner and friend Brendan Eyre co-wrote the piano based instrumental As The Lights Go Out and it is a little gem of a song. Brendan’s piano has an unseen depth to it that grabs your heart and soul and pulls you in, it is so beautiful it almost brings tears of joy, tinged with a small hint of nostalgic sadness.

Time was never on my side

Survived the turning of the tides…’

All good things must come to an end and The Kindest Eyes is the final track on this wonderful album. A cultured acoustic guitar opens the song before Tony’s voice lifts your mind and takes you on a bewitching and whimsical musical journey. This track was written for Tony’s wife Angela and he admitted to me that it took a lot of courage to write. Well, I for one am glad he did, it is utterly stunning and just leaves a huge smile on your face. Nick Magnus, once again, provides the programming and the superb slide guitar and highly emotive guitar solo delivered by the outrageously talented Adrian Jones just lift it to another level. I would hate to pick one song above any of the others but this was the one that moved me most emotionally. The way the song closes out, fading to an enchanting acoustic guitar, just leaves you struck dumb.

Well I was utterly mesmerised by ‘Northlands’, Tony’s collaboration with Brendan Eyre and this album deserves to be mentioned in the same breath. To get the utmost from the album you must listen to it from start to finish, preferably with headphones on, in  a darkened room and with your choice of relaxing alcohol. To me, ‘Equations of Meaning’ is not merely a great release, it is a state of mind that we should all aspire to when our Life in the Fast Lane gets too much for us. Superb and highly recommended.